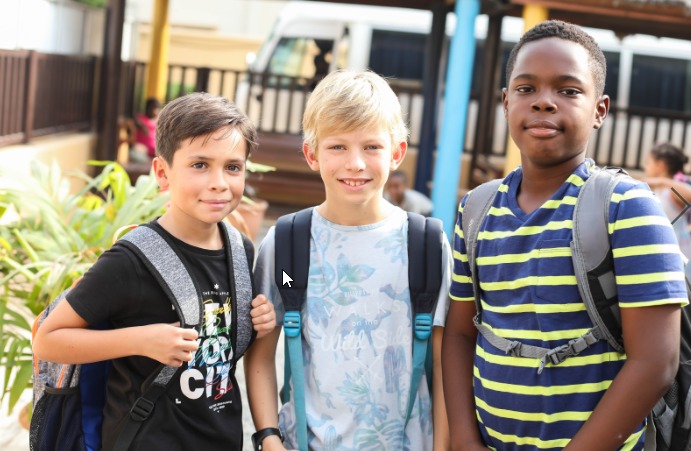 In his introduction to the brochure on the path of languages ​​within the AEFE network, the Director of the Agency, Olivier Brochet writes:
“Enhanced learning of modern languages ​​from primary school and the promotion of multilingual education are at the heart of the French teaching project abroad. They contribute to the excellence of our institutions and meet families’ expectations.

True to the action plan “French language and multilingualism” presented by the President of the Republic on March 20, 2018, the AEFE promotes the teaching of French and in French in perfect complementarity with the learning of other modern languages ​​in order to train multilingual students open to cultural diversity.

The pedagogy implemented aims to strengthen the proficiency, by all students, of at least three languages ​​in addition to French in order to best prepare them for their graduate studies, professional projects and their future as citizens in an open world. (…)

This priority given to the development of multilingual education thus meets the expectations of families – French as well as foreign – who wish to offer their children an education in accordance with the requirements of the French educational model and integrating a real international openness. It is also about making the most of the integration of the schools into their environment. The language of the host country, French and the other languages ​​studied and used harmoniously nourish and enrich the “language biography” of the pupils in their daily cultural experience.

The AEFE is also fully committed to promoting the French educational model, in order to develop the French education network abroad. Strengthening the language offer and multilingual courses supported by innovative pedagogy therefore helps to increase the attractiveness of the schools in an environment that is increasingly competitive internationally. “

This rich and diversified teaching of languages ​​at LFLP strongly nourishes the values ​​of our education system and greatly contributes to training the citizens of the future.